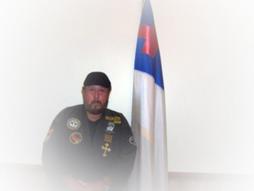 Doug McDonald established the Kicks for Jesus organization on April 7th 1988. Mr. Doug has been instructing martial arts for 34 years. He is a 7th Dan Master under Grandmaster Haeng Sung and his students have won numerous local, state, and national tournaments.

Favorite verse:  Revelation 20:2 - He laid hold on the dragon, that old serpent, which is the devil, and satan, and bound him a thousand years and cast  him into the bottomless pit.
Trevor McDonald
Trevor D. McDonald is a 2nd Dan in Taekwondo and holds a 5th Dan in KFJ. He has over 30 years of training in multiple styles such as Taekwondo, Kung-Fu, Boxing, Kickboxing, and Brazilian Jiu-Jitsu. 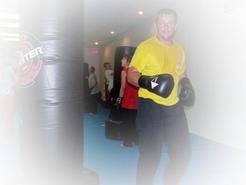 Don Benton is a 3rd Dan in Taekwondo and has extensive training in Mixed Martial Arts, Karate, Kickboxing, and Brazilian Jiu-Jitsu.

Favorite verse:  Philippians 4:13 - I can do all things through Christ which strengthen me.
Adam Bowling 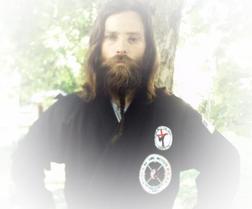 Adam Bowling is a 3rd Dan in Kung-Fu and 2nd Dan in KFJ. Adam has won countless local tournaments. He also was the creator of the scripture katas (forms) that have won local and state tournaments.

Favorite verse:  Hebrews 4:12 - For the word of God is quick, and powerful, and sharper than any twoedged  sword, piercing even to the dividing asunder of soul and spirit, and of the joints and marrow, and is a discerner of the thoughts and intents of the heart.
David Grover 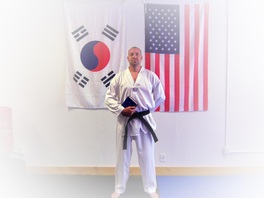 David Grover is a 5th Dan in Taekwondo. He is a veteran of the US Army where he served with the 82nd Airborne. He was a member of the US Army boxing team. David has won numerous tournament competition awards including two state championships and a national championship.

Favorite verse:  Psalm 91:4 - He shall cover thee with his feathers, and under his wings shalt thou trust: his
truth shall be thy shield and buckler.

Christian Nunez has over 25 years experience in martial arts. He has been practicing Muay Thai for 8 years and is an accomplished martial artist.